When you really like one game, you always try to find something similar. The game’s storyline may stop at some point or you may get bored with the process itself – in this case, it is necessary to find a replacement.

Castle Fusion game is daily entertainment for people who want to immerse themselves in the world of Orcs, Goblins and warriors. In this game you try to defend yourself from the enemy in all possible ways, strengthening your character and your tower.

You can also gather an entire army, unite their units among themselves, to strengthen the firepower of the turrets, and much more. After all, Castle Fusion can be called a strategic game, because every player’s actions must be thought of in advance. 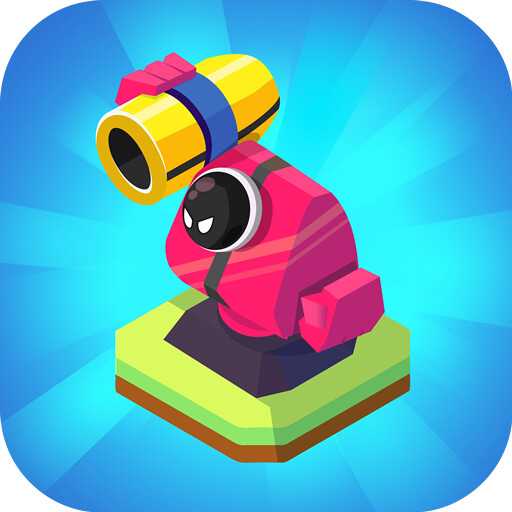 If you like strategy but are also a fan of classic games, then we bring you Merge Tower Bots. This game has the simplest and classic gameplay.

Your objective is simple – to repel the enemy’s attacking attack in an effective manner. At any time they can try to reclaim your land, and you will need time to build an army for new battles.

Merge Tower Bots combines standard Merge game features and idle games. You only have one mission – to create your own army of robots with high power so they can repel any monster attacks.

It’s also worth paying attention to the Merge Tower Bots graphics – it has bright colors and 3D elements that can be found in modern applications. In the first level, the enemy will be quite easy to destroy, almost effortlessly.

In the future, your competitors will increase their strength, so you will have to try several times. Try to work in harmony and win. 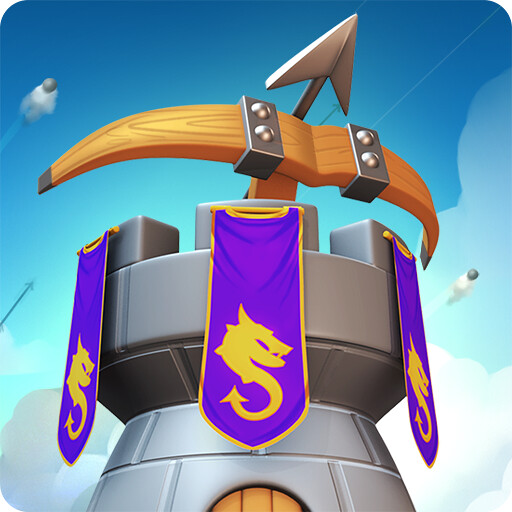 Do you have sufficient skills to develop the right strategy? Castle Creeps TD can help you figure this out. In this game, you will build towers to defend your land, as well as use various heroes.

If you think this is a simple tactical strategy with tower building, then you are wrong. For example, you can assign certain abilities to heroes and use them in the process, as well as upgrade towers with the help of extracted resources.

Some may have noticed that Castle Creeps TD is a bit like Clash of Clans. In fact, this is not true, because the developer completely creates the product himself. You will collect all the resources for upgrading your team on the playing field – during battles and simple development.

Your enemies in Castle Creeps TD are various goblins, giants, and even commanders who want to take your kingdom. You can join forces with your friends and work together to achieve victory. 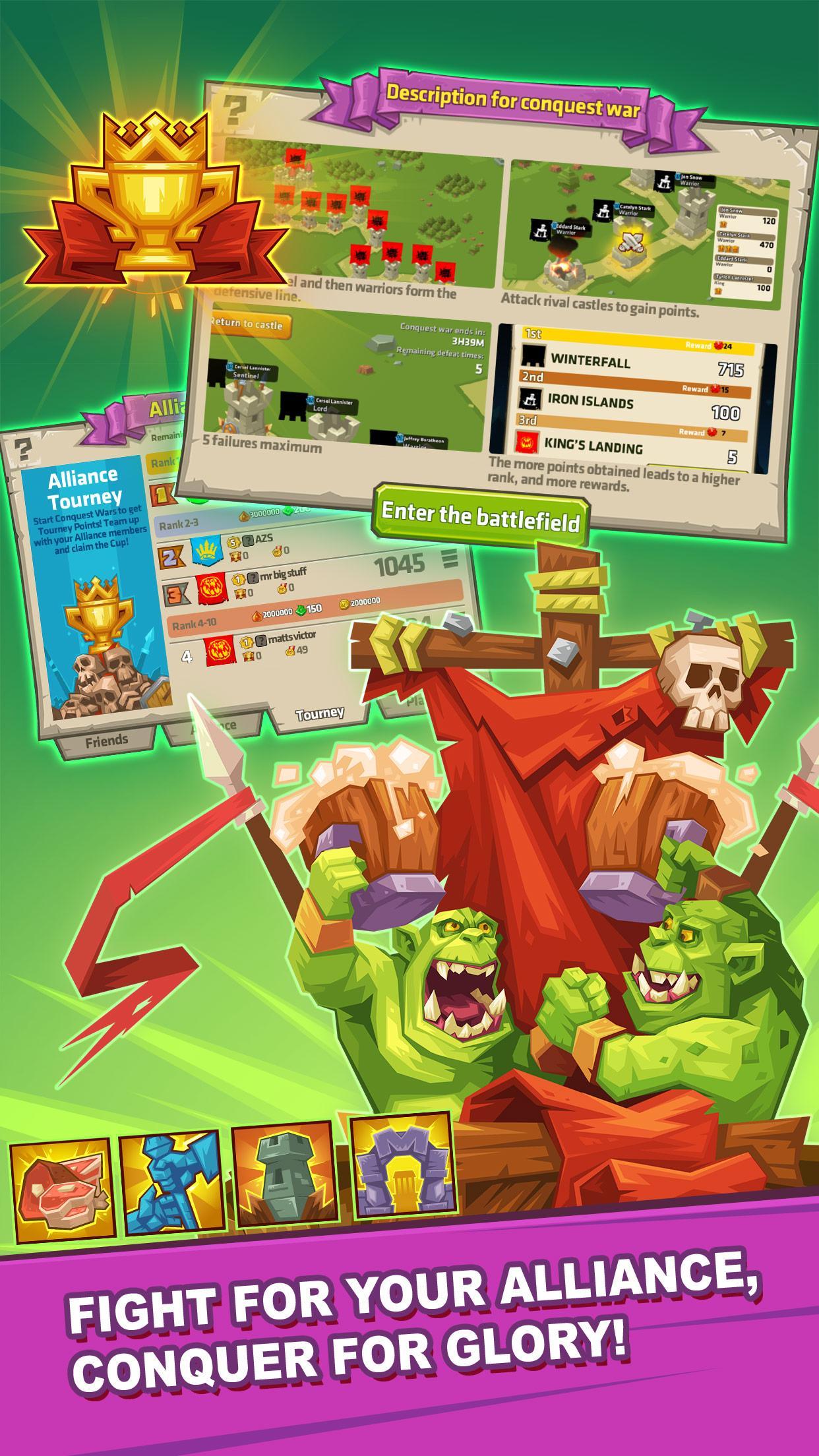 If you are tired of playing for people and standard defenders, maybe you will be interested in the game Monster Castle. Here, at your disposal, you get a huge monster castle, which you need to protect.

During the game, your goal is to defend the fort because the enemy never sleeps. Even when you have just finished fighting one enemy, the next one can immediately appear on your horizon.

For doing missions in Monster Castle, you get game currency – bonuses and crystals. In the future, they could be used to increase castle defense capabilities.

In this game you fight against people on the side of monsters – so your army will consist of orcs, mages, goblins and other monsters that you don’t even know about.

You will be able to unite with players around the world or against them, increasing your resources and troops. Also, don’t forget that each castle has to be equipped with a different weapon – this is where all the resources you get will be spent. 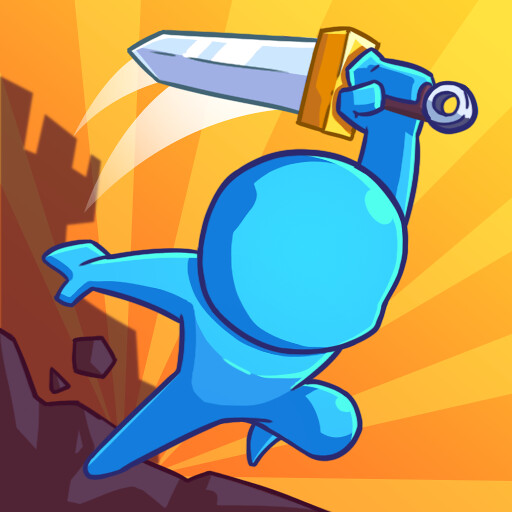 Some players are looking for simple and clear strategies that don’t require special abilities to play. Everyone can play in Tiny Kingdom – even if you didn’t like playing mobile apps before.

Here you only need to call your troops on the battlefield, and the task is as simple as possible – to destroy the castle and enemy troops. The conscription process is that simple – you have to click on the battlefield. To strengthen your army, just double click on your soldier, so that you can fight the enemy.

Tiny Kingdom doesn’t require any special forces setup or other important details on your part. Everything that will happen on your screen during the battle will happen automatically.

Tiny Kingdom offers you to continuously increase the level of training of your troops, add new soldiers, and improve their abilities. In total, Tiny Kingdom has more than 100 different levels, which you will receive a variety of rewards when you pass those levels. Increase your army and become a real king on the battlefield. 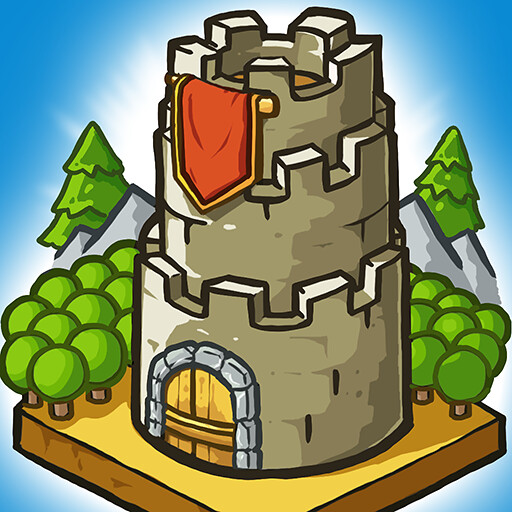 Grow Castle is a popular Flash game that offers you to protect your castle in every possible way. The graphics of the game are very cute and interesting – this is not standard for the classics of this genre.

You’ll need to upgrade towers and add them to your fort, pump up fighters, and hire special defenders, who will give you additional opportunities to withstand enemy attacks. Grow Castle offers you to upgrade your army and castle with every battle, so be ready to spend all the time you have in the game.

We’ve already mentioned about the additional defenders you will need to hire. They can be very powerful magicians or warriors who use their unique abilities to protect you. For example, a magician can freeze your enemies and give you extra time to destroy them.

The game currency in Grow Castle is earned for each enemy killed – your reward amount depends on the number of enemies destroyed. If you like real-time strategy, Grow Castle is specially designed for you. 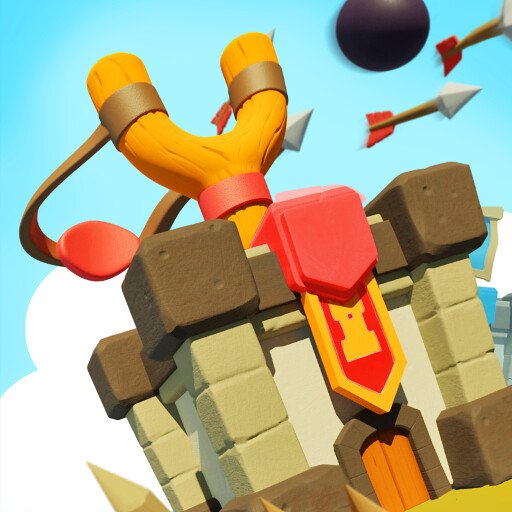 Fans of the Tower Defense genre can enjoy another game – Wild Castle TD. Here you enter into a fantasy world, where you have to lead the main castle defenses and create a complete defense strategy.

Monsters will attack you constantly, and your job is to continuously reflect on their attacks and survive all of these attacks. Wild Castle TD offers you to build and build an empire from scratch, making it the way you want to see your own territory.

Wild Castle TD will give you the opportunity to survive more than 10 thousand waves of monster attacks, and you will get a reward. You will also have your own ranking in the game and compete with other players in the overall ranking table.

Your army may include heroes from different classes (there are about 60 heroes in Wild Castle TD) – each of them has special abilities and abilities. But in order to unlock or buy new heroes, you first have to expand your castle and occupy as much territory as possible. 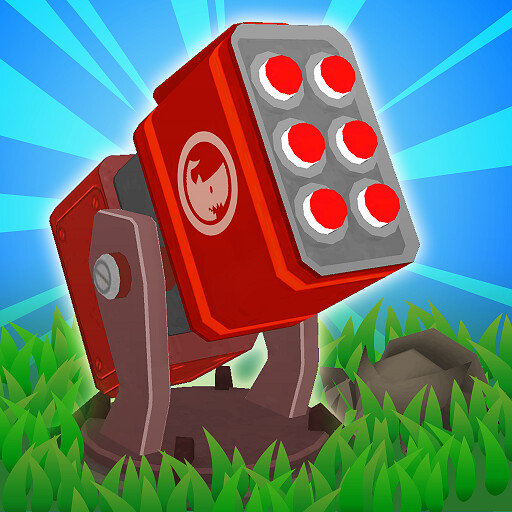 Turret Fusion can be called the game most similar to Castle Fusion. It’s also here you’ll find the clicker element that many Castle Fusion fans love. Even so, in the game there are elements of strategy and tower defense, so you will still be on this subject.

In the story, you act like a sergeant, leading a defense force. It should be noted that the battles were fought against alien invaders, who each time only increased the strength and size of their troops.

Of course, during the battles in Turret Fusion, you will destroy your enemies. For every unit of enemy equipment, you get a reward – wish you could destroy it.

You’ll have a variety of bomb mechanics, classic rifles, and even a rocket launcher that you’ll need in battle. The outcome of the battle will depend on the place where you will place them on the playing field.

It is possible to modernize your weapon only if you level up, as well as after getting enough game currency in other battles. 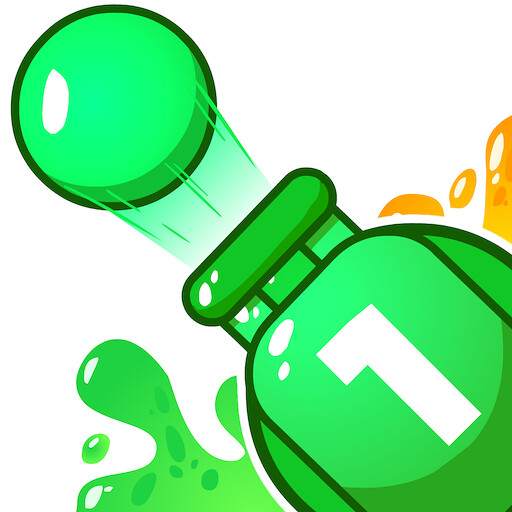 For 2D graphics fans, there is also the Tower Defense genre game. For example, you might like the game Power Painter, where you will be involved in setting up defenses against the monster invasion.

In the process of formulating your own strategy you will expand your castle and add new defenses, which will be used to organize defenses. Your enemy is paintball, so Power Painter can remind you of paintball or other similar games.

Your defense weapon is a turret that shoots paint balls. Each enemy destroyed will reward you, which you will spend on new towers. Also during the game your opponent will grow, and his abilities will increase, so feel free to improve your defensive strategy.

All bubbles appear from the corner, and their actions will destroy your structure. It’s worth noting that Power Painter has towers to protect different powers, and you’ll be setting them up to set up effective defenses. The surprise is the appearance of a boss, to overcome which is not easy. 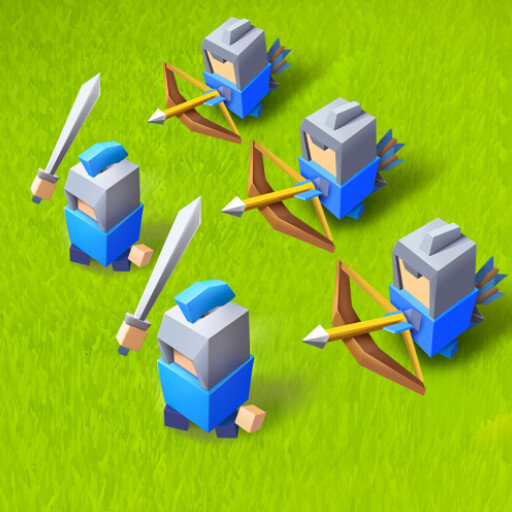 Art of War is an arcade classic, filled with various battles and soldiers. In this game, your army will consist of a small army, each of which will be armed. The entire army in Art of War is divided into legions, which you can place at various points on the map.

Your aim is to position them competently so that in the process of fighting you will observe your victories and victories over the enemy. Don’t think that everything is arranged so simply and boring – surprises await you.

Once you reach level 14, Art of War unlocks special tasks and unique missions. Once they are done, you will receive a huge reward – more than just a simple win over your opponent.

You will also get additional bonuses that can be used in battle. However, the most enjoyable process in Art of War is watching the battles – your soldiers will face enemy troops, and you will only see the results of your strategy. Show that you can be a great commander. 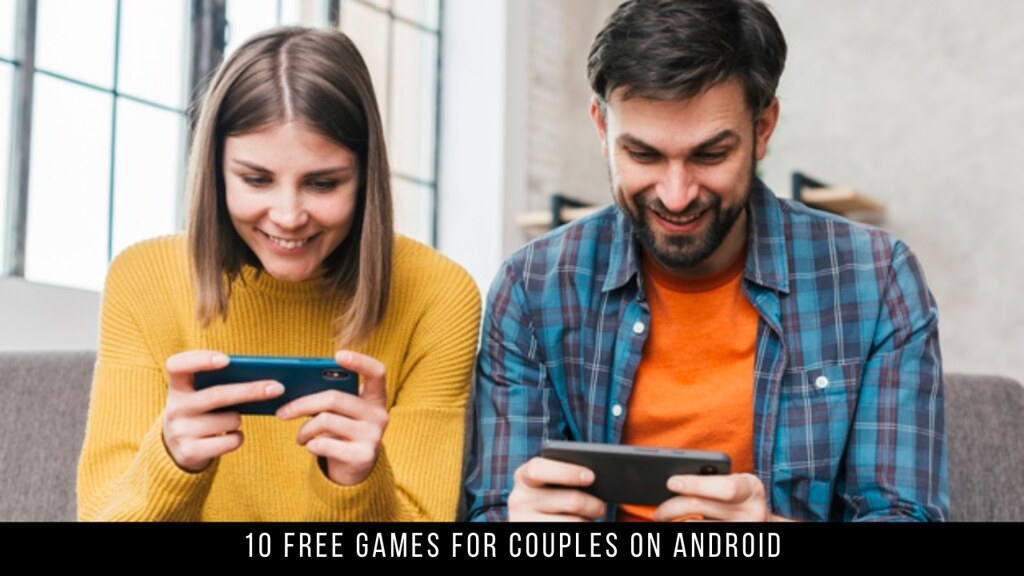 10 Free Games For Couples On Android 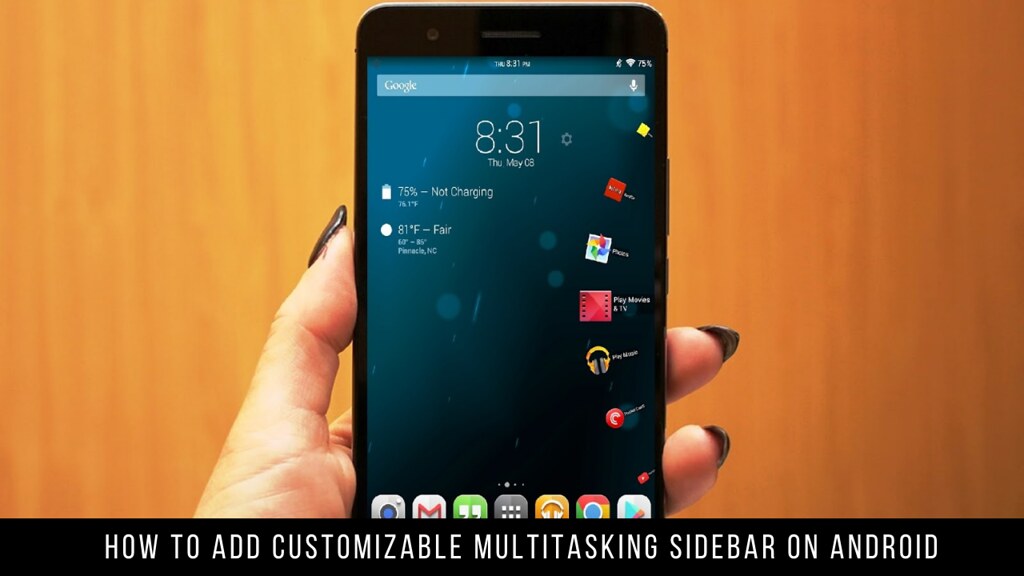 How to Add Customizable Multitasking Sidebar on Android

7 Of The Best Step Counter Apps For Android & iOS