The Gacha game has just taken over the world! During 2018 and 2019 a large number of various games for smartphones emerged, which are now constantly being updated and under development. Among the genre of the world of mobile games, Gacha is quickly gaining popularity, especially in Japan. Need to understand what this genre is.

Gacha is your luck first of all. When you play and complete a task, you will be asked to issue random game items. These items can be special characters, armor, clothing, weapons, or amplifiers.

But to get the object that you like, you must first get the game currency. For each object or character, there are certain categories of scarcity and probability that you will get exactly. If you like the lottery then you can check the 9 Best Lottery Applications for Android & iOS.

So luck and the right game is the main thing that you must have in the Gacha game. If you really want to try the game, we have found 7 Best Gacha Games for Android & iOS 2020 for you.

If you are a fan of Devils May Cry, you will definitely like Honkai Impact 3. This is a game with good gameplay and you will not be bored.

Not only can you feel like a hero in a role play, but also you can combine various combos from battle techniques, use beautiful and powerful effects and activate additional abilities during defense.

According to the game’s story, Honkai is a dark and mysterious force that has destroyed humanity over and over again – and has now fallen to the ground again.

You have to play as a girl who will fight for humanity. In Honkai Impact 3, it is a group of girls with determination and strength who will become your main characters.

This isn’t just visual novelty – this game displays the action and dynamics of battles and fights. All game items that you will receive either in the battle process, or buy them yourself at the store.

You can buy it for crystals – this is the game currency, which is obtained or bought. Thus, you have the opportunity to strengthen the girls in a confrontation with Honkai. 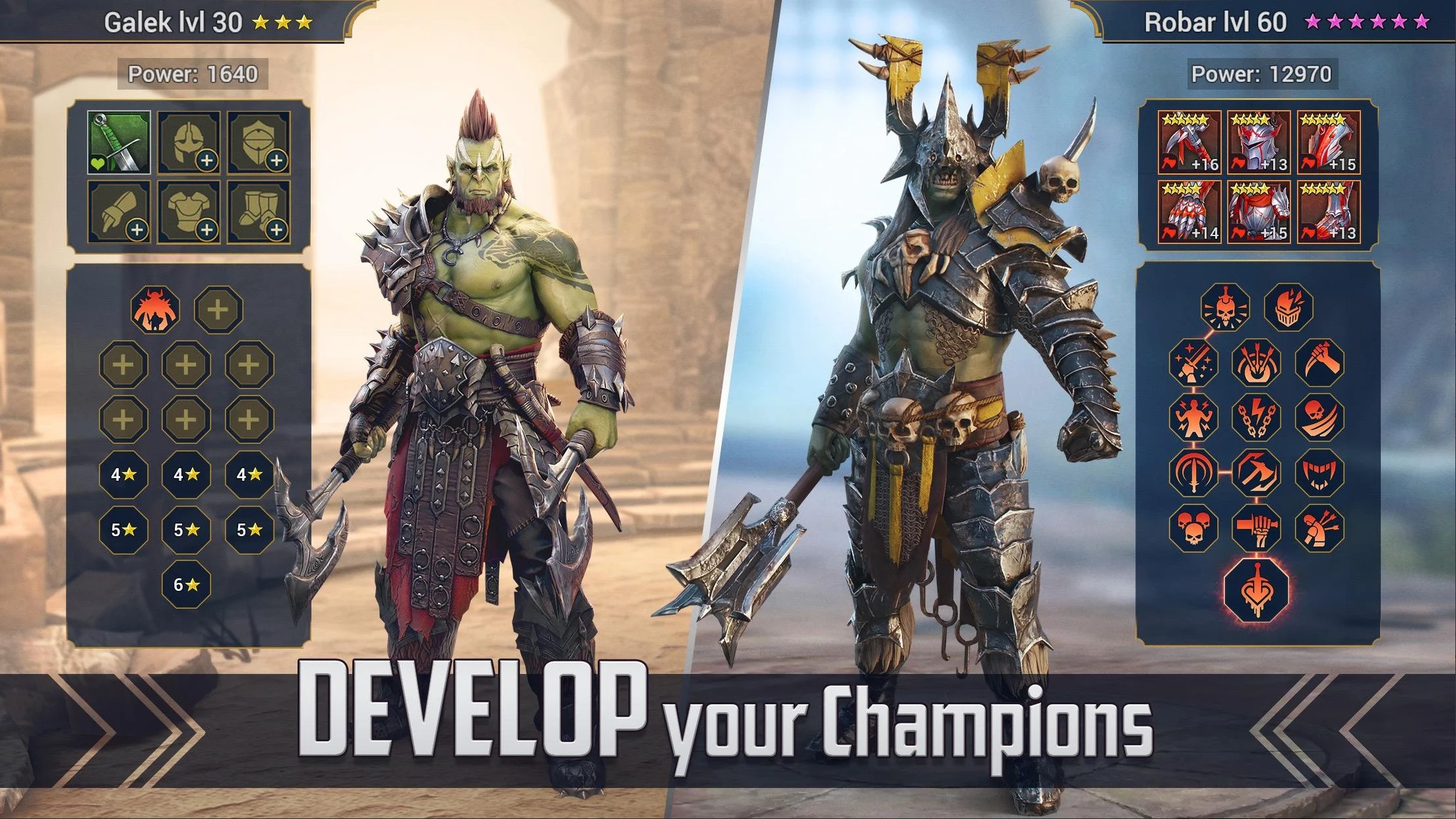 Fantasy is a unique world created by human imagination. It embodies various images and varieties of warriors, who have great potential. RAID is a fantasy RPG with Gacha elements where you store your own land.

You will not only be confronted by standard enemies and other players. You also have to fight with powerful bosses here, and fighting with them will give you lots of game currency for further purchases.

There are 16 factions in RAID, consisting of hundreds of heroes. Each of them has its own features and strengths that you must use during battle.

You can also try your luck against other players: keep in mind that the greater the collection of heroes, the better your chances of winning.

There is only one winner, so you have to fight to the last. All animations and graphics in RAID are designed for little things, so you don’t have to deal with game freezing problems, bad textures, or other problems.

Might & Magic is one of the first game series to be released on a computer. Many of them were released back in the 90s, so there is a chance that you have been a fan of this series since childhood.

After some time and after the popularity of smartphones, the developers decided to release an application for mobile phones.

This section is also part of a general theme, but can be liked even by people who have never known it. Here you can open the real Age of Chaos.

All you need to remember during the game is your strategy. All actions, carried out in Might & Magic, are part of your joint plan. You gather a collection of resources, artifacts, and also your allies, who will be able to help you at the right time.

You can join them in campaigns against enemies, where you can also get your glory. In the process, you will find maps, creatures, new heroes, and enemies – some of which are so rare that you have to do the whole hunt.

Immerse yourself in the world of Might & Magic as you develop your skills and gather an entire collection of items. 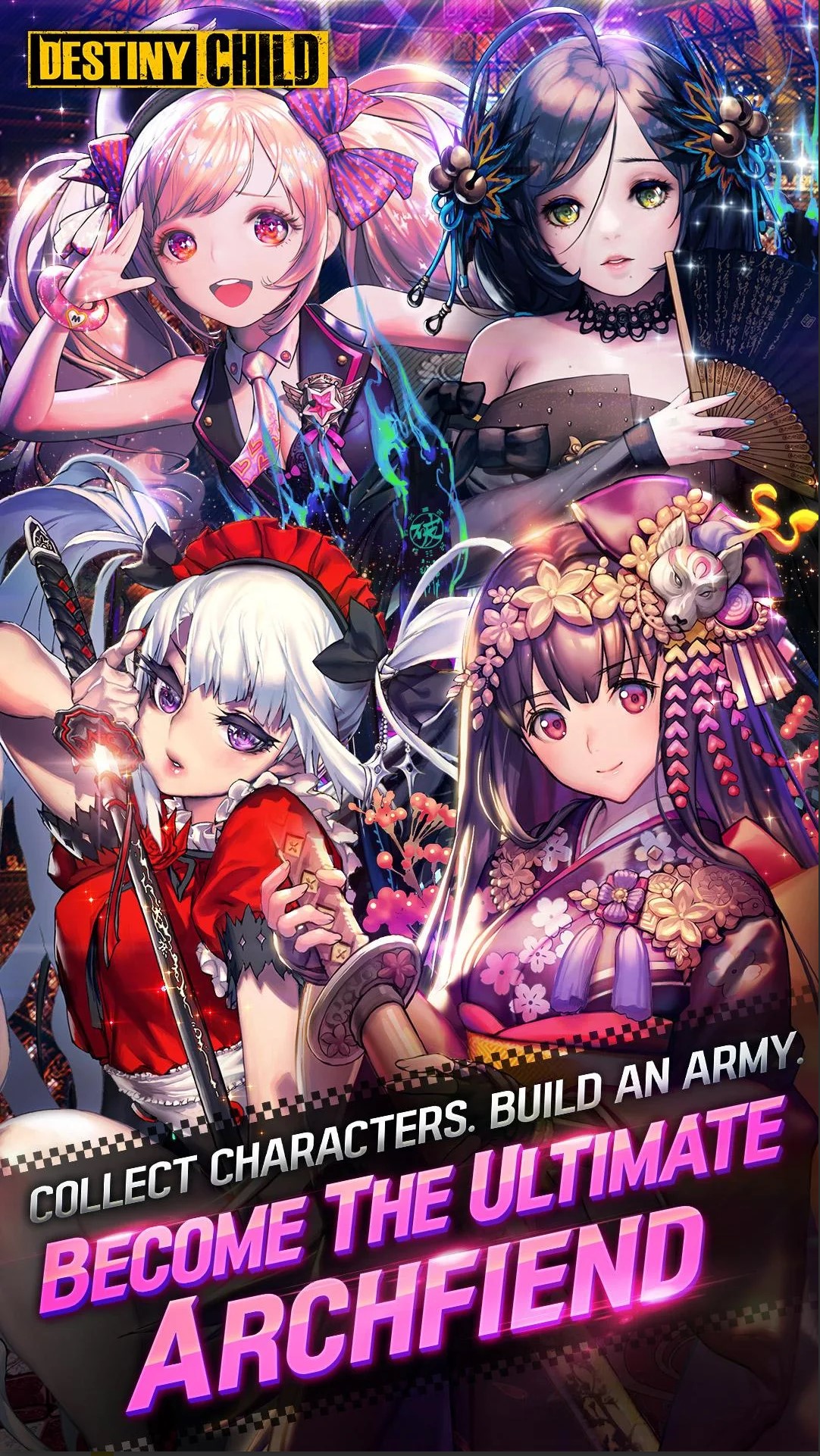 Destiny Child is a game with card battles, which has amazing graphics and visual components that don’t allow you to be distracted. Your goal here is to go to the Kingdom of Hell, where you can become a real leader of a large army.

You make battle strategies, test the strength of your opponents, and fight bosses. By the way, in battles with world bosses you have to unite with other Destiny Child players to defeat it together.

It should be noted that one of the main advantages of Destiny Child is that you don’t need to invest real money every time. All cards and characters can be unlocked during the game, just by trying.

Also there are periodic events – for example, the invasion season. During that time, you will be able to receive major awards and get additional coins to spend on their own repairs.

Try to reach the final raid on Destiny Child and get amazing prizes. Of course, you can read stories – no less interesting. 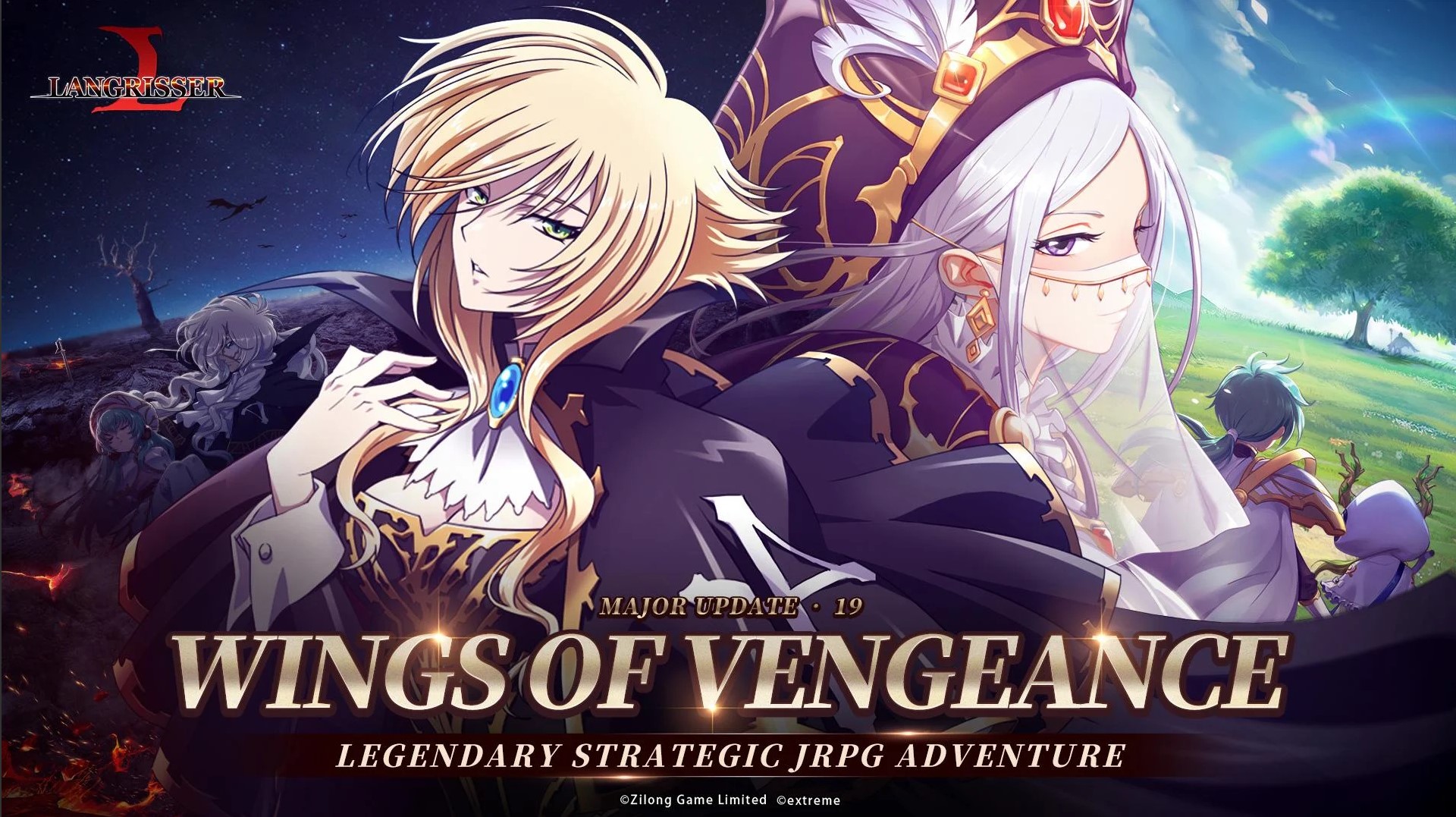 Many games are a set of levels that become more complex over time. Langrisser is this turn-based strategy. By overcoming every obstacle, you open new opportunities and new levels that will not be forgotten.

Everything is made in the style of anime and accompanied by a good soundtrack, so the atmosphere is well created. On the continent of El Sallia you will be able to find new adventures while exploring the game world.

Every hero in Langrisser has his own opportunities that need to be developed. You can explore the trees of each hero to choose your favorite. The classes also have priority and play a large role during battles with enemies.

Langrisser offers you to change classes so that you can fight faster and more effectively against certain obstacles and enemies.

There is also a boss – not everything you can win yourself. For the most challenging battles, you can join your friends to improve your abilities. 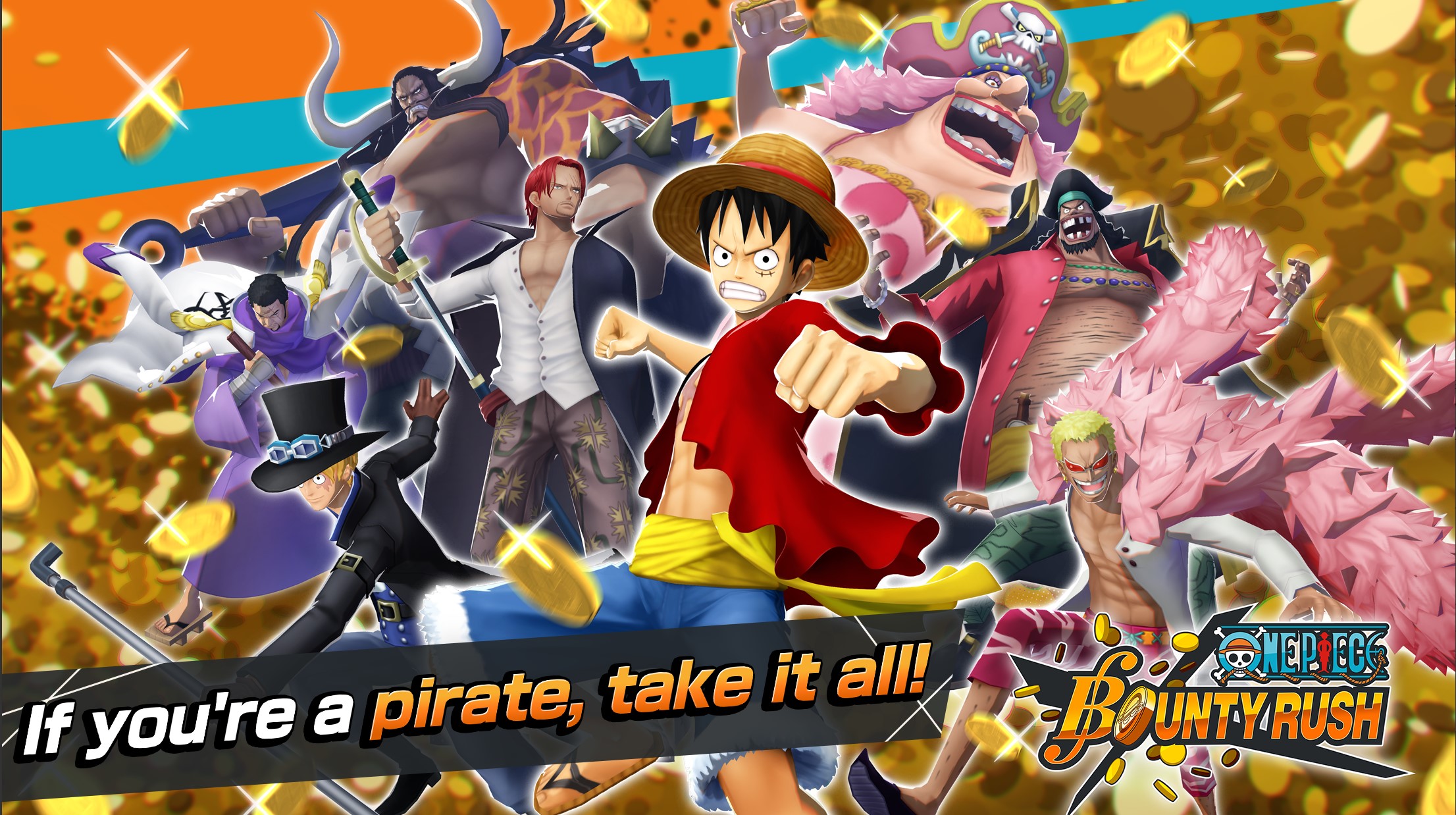 Sea and pirates are an inseparable part of the same entity. Because in today’s world you can’t meet real pirates, you can feel like they are in the One Piece Bounty Rush game.

Here you will create a whole team of manga characters with the same name, which has long been known by true lovers.

This game is an anime battle arena, where you will mine treasures in battles with other players. All actions take place in a real pirate style, as well as using graphics and drawing real characters.

Each team consists of 4 players, who you choose yourself. Of course, in order for you to have a choice of characters, you must collect them first. Cards with heroes can be unlocked during battles, as well as purchased with real money or game currency.

It should be noted that in One Piece Bounty Rush you only get card fragments which means that for a full hero you have to collect all the parts. Each of them has its own class, which combines, you get an invincible team, resistant to attacks by opponents. 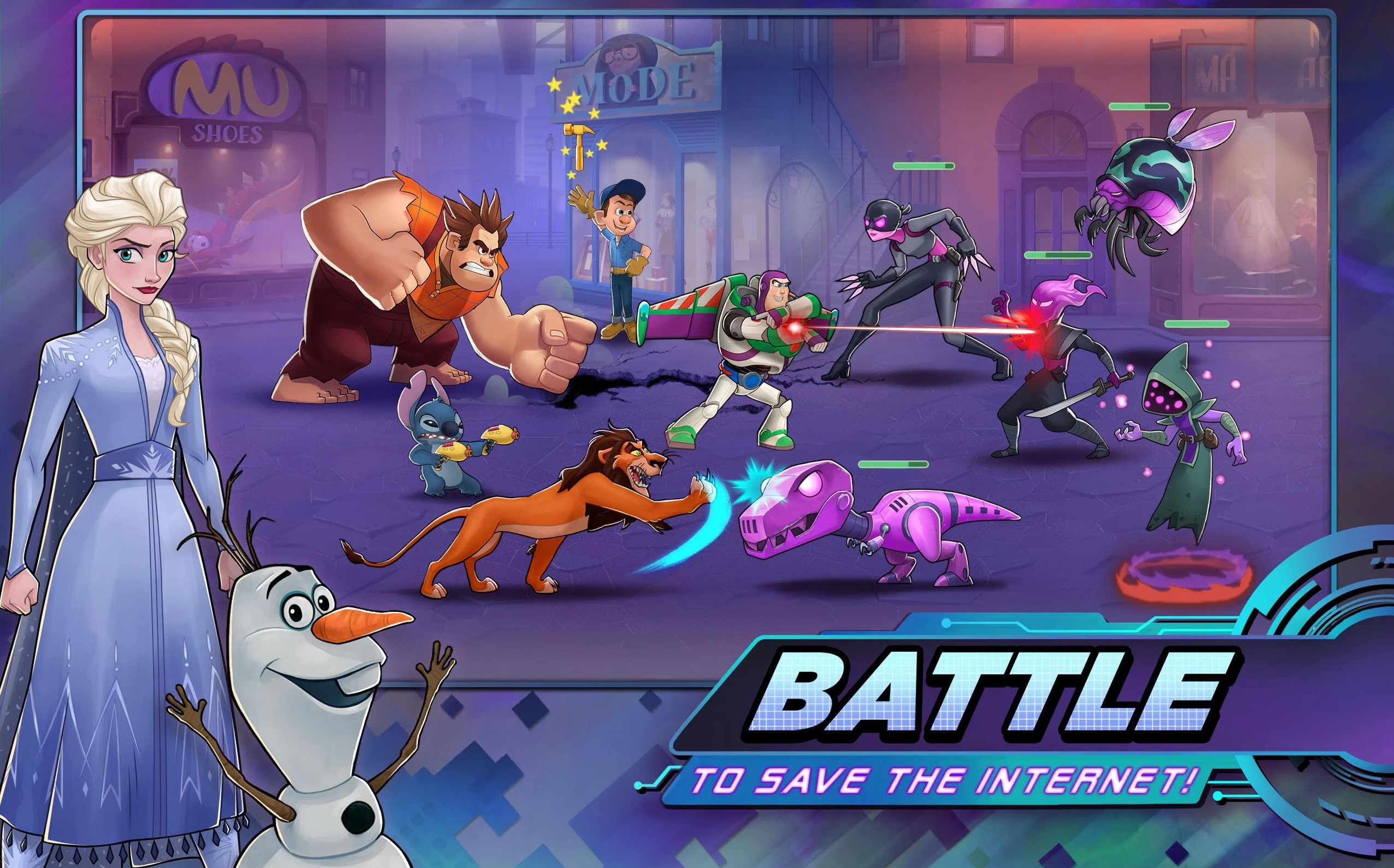 If you think that all Gacha games only use anime characters, then you are very mistaken. A good example is the Disney Heroes game. Here you control the characters from the famous Disney and Pixar cartoons, who obtain unusual abilities for themselves.

For example, you can use Jack Sparrow, Ralph, or the entire Incredible family – and they will help you save other characters. Of course, Disney Heroes are designed for fans or children, who consider this character almost as their friend.

Disney Heroes take you to the Digital City where the virus is raging. It infects everyone around you – friends, characters from other cartoons, and various characters. You have to hit them and save those who are still not infected.

Disney Heroes have collected more than 70 cartoon characters that you must find. Each of them has the opportunity to improve their skills and abilities – there are epic modes, upgrades with equipment, and other ways. Remember, your goal is to save others, and without a good team, it will not work. 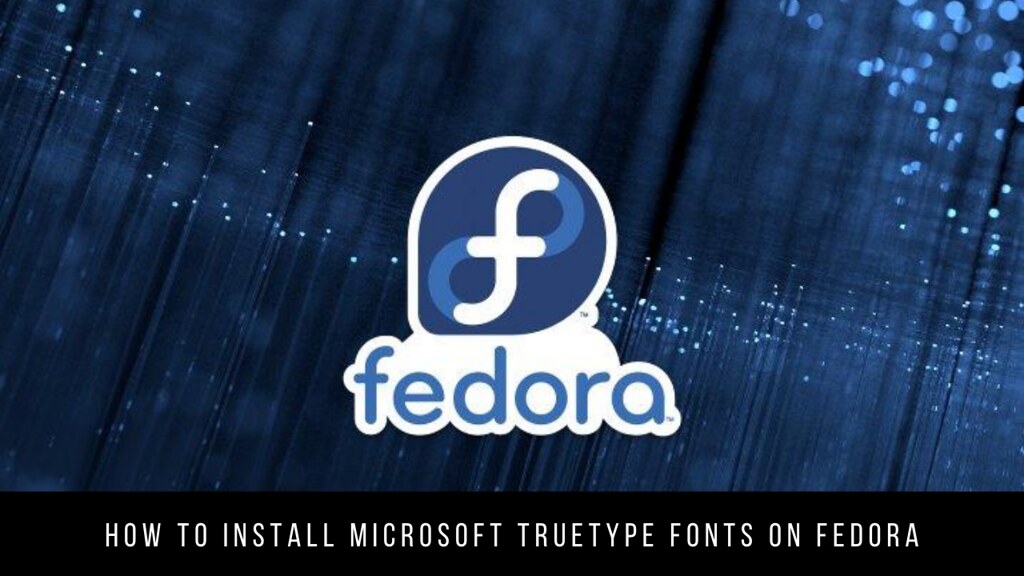 How to Install Microsoft TrueType Fonts on Fedora 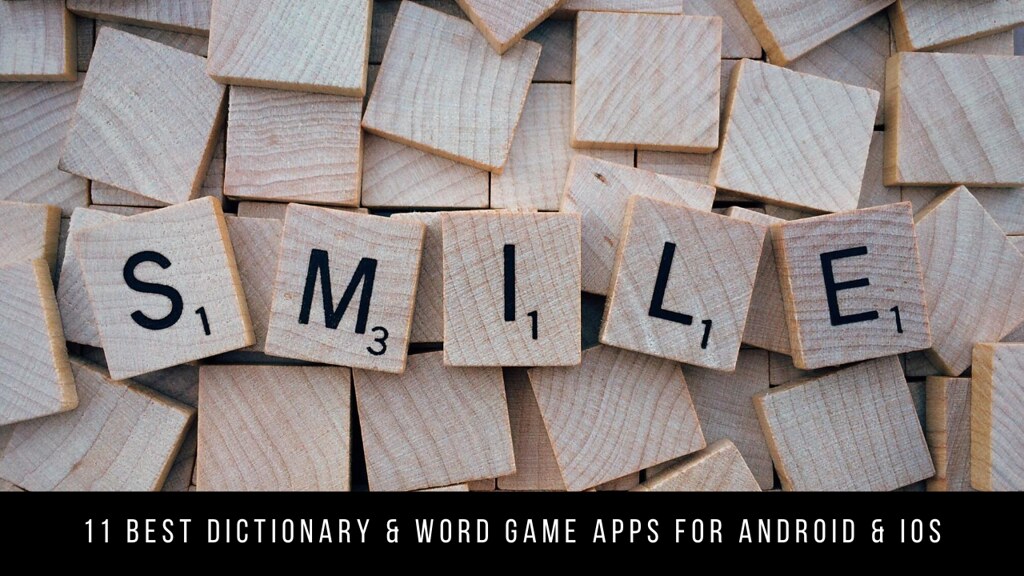 5 Of The Best Free Painting And Drawing Apps For Android

How to Edit Photos with the iOS Photo App